REGUA was completely different from Itororo Lodge, with a much lower altitude and much higher temperatures.  Unlike at the lodge it was necessary to take a break from birding in the early afternoon.
After arriving at REGUA mid-morning, we dropped our luggage in our rooms and went birding with our new guide Adilei.  It was not long before we started to find some good birds.  One of the first stops was a tree close to some of he reserve buildings where what was presumably a pair of Tropical Screech Owls were in a daytime roost.   A little later we came across two Brown-throated Sloths in different trees, thought to be a mother and youngster.  Adilei also found two Bahia Porcupines which were well hidden in thick undergrowth. 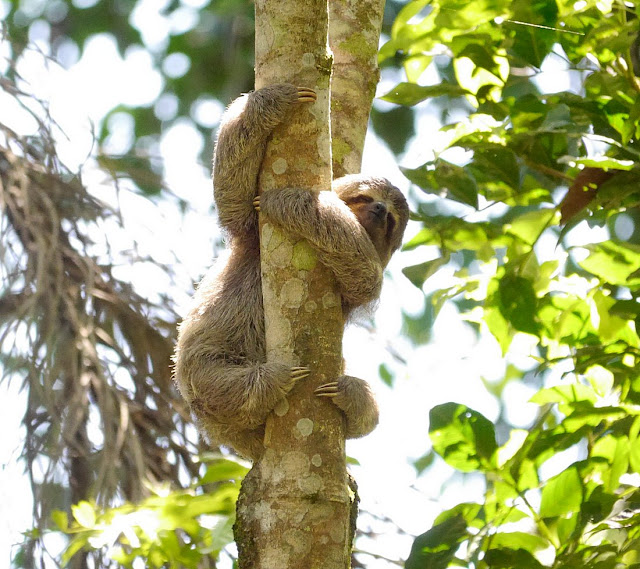 Nocturnal Birding
The first evening at REGUA was a search for a few nocturnal species.  A large open field with long tufty grass and some bushes was a known site for Giant Snipe.  This species apparently is best seen at night and our guides eventually managed to locate a bird feeding in the grass.  Nearby a Common Potoo was perched on a post, giving a good view.
We then headed to some nearby woodland to look for Owls.  These proved much more difficult and we ended up finding our way through a boggy thicket to try and see one. We did manage some rather poor views of a Black-banded Owl and heard Rusty-barred and Mottled Owls.   Fortunately the only snake we saw was not venomous (at least that is what we were told)!! 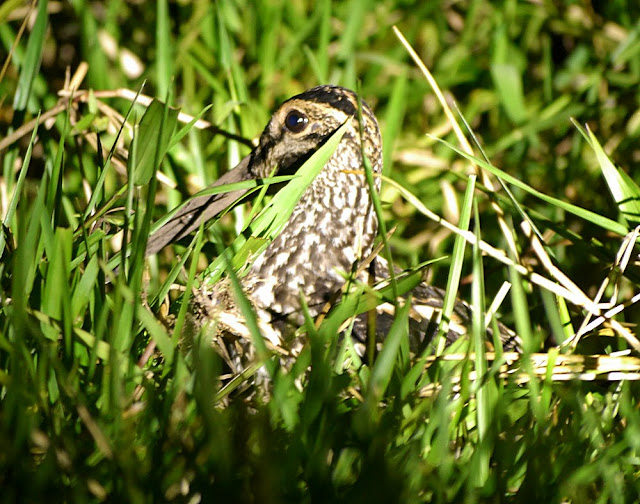 REGUA - The Lakeside Areas
There were plenty of birds and other creatures to see on and around the lakes.  A selection are shown below. 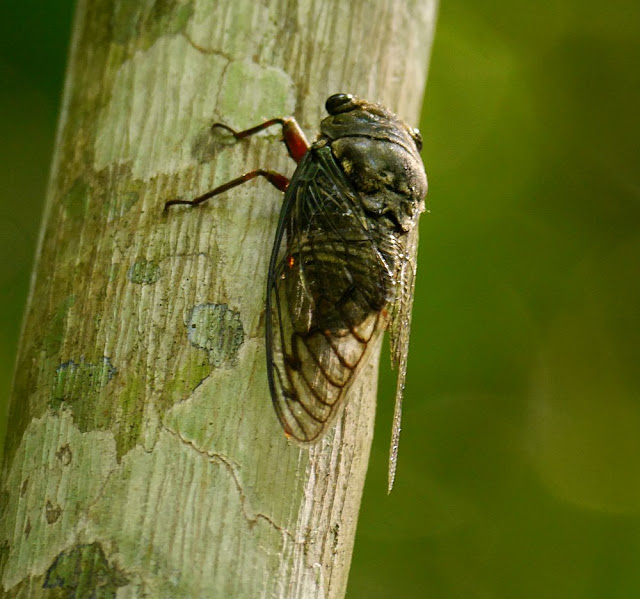 Higher Forest Trail
During our second day at REGUA Adilei took us to one of the higher trails through the forest which ended up at a rather nice waterfall.  This was a good place to have lunch and watch a White-thighed Swallow fly through the mist of the waterfall in search of a meal.  There were also plenty of White-collared Swifts flying higher up.
On the way up the trail we were lucky to find one of the more sought after birds at REGUA, a Shrike-like Cotinga.  It was moving around above our heads and difficult to photograph, but fortunately Rob did manage to get the photo below.
On the way down the trail we eventually managed to see a Blond-headed Woodpecker.  A stunning bird but not the best views. 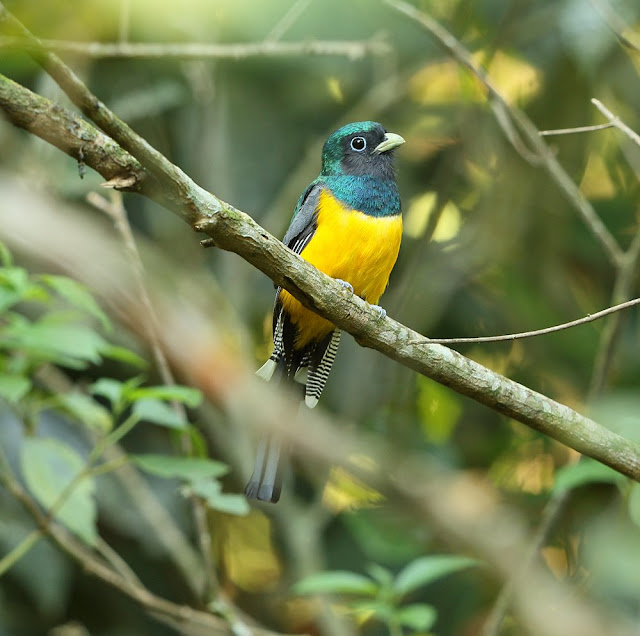